Veterans and First Responders: The Role of Adrenaline 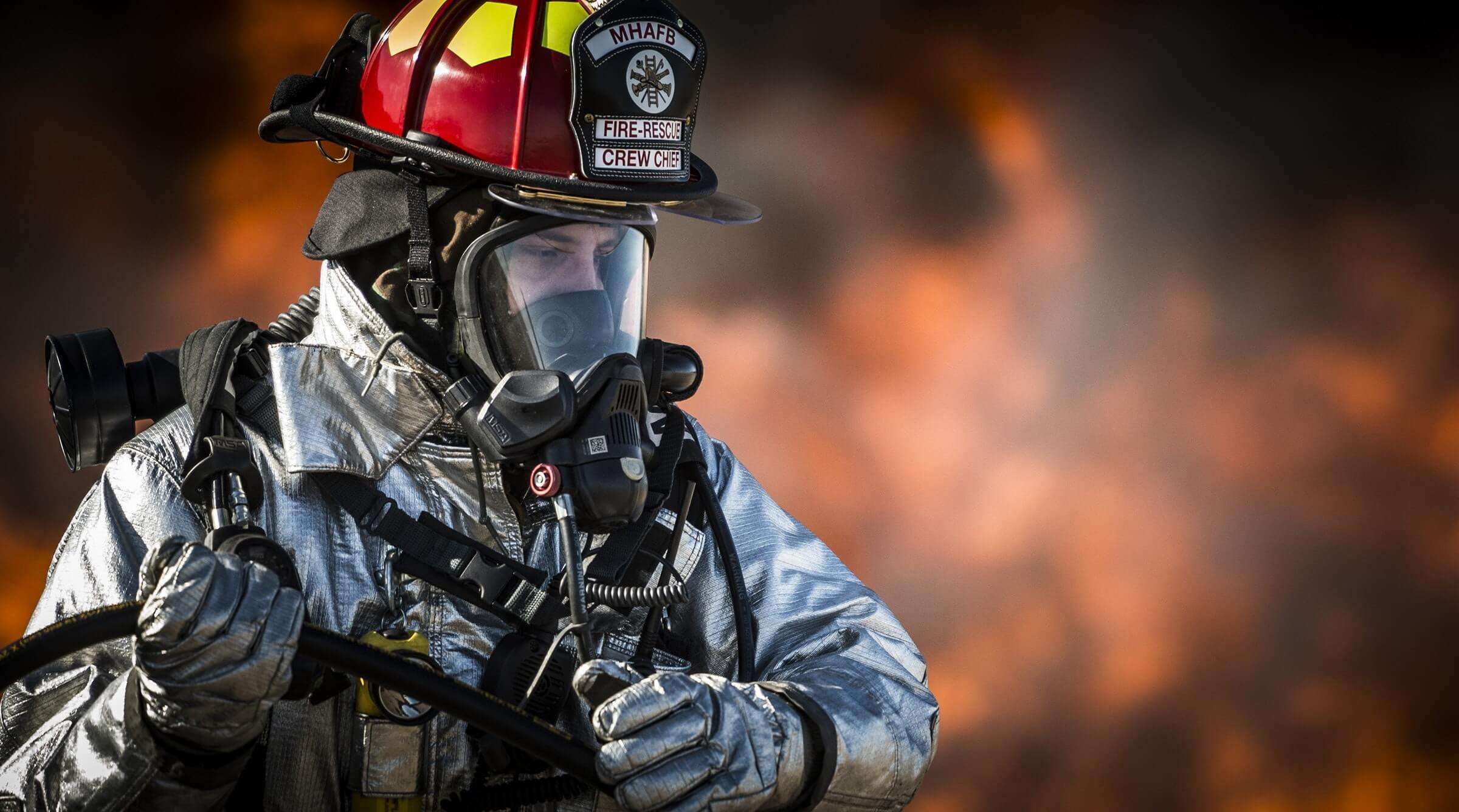 What veterans and first responders have in common is that they all need high adrenaline levels to do their jobs. If you are one of these people, I’m sure you will agree that it’s necessary to get into a fight or flight state whenever there is a crisis. The way that PTSD develops is a fascinating vicious cycle that is hard to avoid in these professions. You may have been attracted to your job because you were starting with a higher level of adrenaline in the first place. Then your baseline level of adrenaline goes up to meet the demands of the job. AND these jobs happen to involve exposure to horrible things, which is inevitably traumatic, and trauma causes adrenaline to spike! Before you know it, you are awash in a sea of stress hormones, and it can be next to impossible to dial it down when it’s time to sleep or be home relaxing with your family.
When you were training for your job, did you feel like you were drilling way too much? First Responders have told me that training must become automatic to replace thinking in times of crisis. You may have heard of the high road and the low road in terms of brain function. The high road involves the left, logical side of the brain. It’s responsible for our making rational decisions, but it just takes too long. “Thinking fast” isn’t thinking. It’s acting or reacting correctly. That’s necessary for all humans and most animals as a matter of survival. For you, it’s a matter of doing your job.
You know how your job can be so dull and then all of a sudden- Boom! You hear the call, your sympathetic nervous system kicks in, and you are ready for action! When you get good at your job, you end up being in a constant state of readiness. That is a healthy response from your brain, but unfortunately, it’s hard to dial it down when you are not at work. More on this later-

Have you ever gone online to look up PTSD? You see the exact definition on every website, and It’s not even a definition. It’s just a list of symptoms. I define PTSD simply as this: Your brain changes in response to trauma to make you more capable of dealing with further trauma. It’s a primitive system, but it has worked to keep us as a species alive for a long time. I break from the norm in terms of psychological conceptualization because I propose that just being in certain conditions trains your brain to have PTSD. I met a woman who served in the Army in Iraq and was not actually in a combat situation except that her base was in danger of being bombed at any time. She had severe PTSD from just being there for a prolonged amount of time with little or no respite. If the missile attacks were predictable, she could brace herself at those times. Because they weren’t, she was always ready for the worst, and that continued when she got back to the States. If you are a first responder or a veteran who sees combat (or even who doesn’t), you are going to witness and be involved in some crazy shit. When you see the worst parts of life like that regularly, it IS going to affect you. You cannot decide how or when, or why you will be affected by one scenario over another because your reaction has nothing to do with the logical part of your brain. If you are a person with emotions who cares about anything, you will be affected by stuff that happens on your job. It’s called secondary trauma, and it causes your brain to have even more adrenaline. It’s a primitive emotional protectionary system designed to put you in a position to handle further traumas (especially those that have anything to do with earlier ones) down the road. Unfortunately, your protectionary system also never takes time off. So when you are with your family, you may find yourself pumped up and ready for action when you’re just supposed to be having a tea party with your little daughter.

Then people have the brilliant idea of telling you, “Hey, just relax! You’re not there anymore.” Don’t you love that? It’s not your fault, it’s not in your control, and it’s not because you are crazy. You have become a fine instrument of (warfare, law enforcement, firefighting, lifesaving, etc.). Until now, we haven’t found a way to turn that whole thing off.
Were you attracted to your profession because you were drawn to the action? People who are, are more likely to succeed in these roles than someone who isn’t. I am betting that you had a high level of adrenaline in the first place. I’m curious to know how many of you have grown up in some adverse conditions. Joining the military has always been a great way to escape an unhealthy home life. People who are already accustomed to running with high levels of adrenaline will perform better in the military. Most police officers undergo a psychological evaluation. Successful officers score highly in the areas of rigidity, authoritarianism, and aggression. But the thing is, these personality traits are required for them to do their jobs. People who don’t score highly in these categories don’t perform well as police officers in the long run.

Do you feel alive when your adrenaline is pumping but numb the rest of the time? Do you feel like when you deaden the pain, you are also deadening your joy? Think of the guy who gets back from Afghanistan and rides his motorcycle 150 mph on the highway. Or someone who retires from the military and becomes a police officer or first responder.

Unfortunately, there are not many good ways to lower the fight or flight response. Pharmaceuticals cannot do this without substantial side effects and so many downsides. As a therapist with a small practice, I figured, “Well, meds MUST have upsides for some people, right? Doctor prescribe billions of dollars worth of them every year.” But when I expanded my practice and ended up interviewing thousands of people affected by trauma, NObody ever told me that the meds were able to successfully impact their PTSD. Cannabis and CBD work for some people. Many people with PTSD rely on exercise to discharge their adrenaline, but that is only temporary, and it always comes back. I don’t believe that things like meditation and yoga are the answer. Yes, they are good things for anyone to do, but I don’t recommend them because it would be like telling someone with cancer to take vitamins. A very high percentage of military personnel and first responders, especially police officers, use alcohol. Alcohol works very well in the short term but has so many downsides, including increased aggression.

When I talk to first responders, they tell me that administrative types always pay lip service to how they should get help and talk about their reactions to trauma. Still, none of them ever feel safe to do so. They say that they are afraid of being judged and that their peers would fear that they would not respond in a crisis; that they would freeze. However, I submit that almost all first responders develop PTSD after a few years anyway! And how often do people freeze up? When faced with a crisis, the healthiest thing is for a person is to fight or take steps to resolve the problem. This way they don’t come away from the experience feeling compromised. If the person can run away, the outcome is not as good, but at least they were able to do something. Suppose someone was completely helpless or unable to move for some reason; that’s when they are more likely to freeze in the face of a subsequent traumatic event. If people have thoughts on this, please let me know!
First responders can usually compartmentalize for quite a while. They can keep their trauma and their pain at bay until suddenly; they can’t. If you experience trauma symptoms, you do not have to meet every single criterion for a specific PTSD diagnosis to realize that you need to do something about it. The problem is that conventional help often does not help for trauma. If you do not want to go through the tired old familiar roots of pharmaceuticals and talk therapy, consider trying Waji. It’s incredibly effective, and you don’t even have to share your story with anyone else! It uses eye movements to interface directly with the fight or flight part of the brain. It gets right to the root of the problem, which is the only way you will find peace. Can you imagine if trauma no longer affected your relationships or sleep? How would it improve your overall well-being and even your income?

We work with many Veterans and first responders and are happy to speak with you about the program and how it can help you master your PTSD symptoms. To try Waji, follow the link below: